Posted by Elisabeth Ouni on Jun 18, 2009 in Stories, Uncategorized | No Comments

I know, I know. It’s been a while. For various reasons I have been obliged to put the blog on hold for some time. But, I’m back. Bigger, stronger, faster, harder. Kanye could not have said it any better. Or Daft Punk for that matter. Let’s cut the crap, and get straight to it.

The Sugar Hill Gang in Belgium. I had my doubts. Should I snap them on Polaroid or not? I thought about it and decided to give them a place on my blog. Why? Well, most of all because they opened the door for hip hop music to go mainstream. ‘Rapper’s Delight’ was the first single in that genre that went gold. Basically that meant that everybody in the world got the chance to hear a new sound, a sound that was kept away safely, only to be heard at those famous block parties back in the 70′s.

Yes, there are some contras about the Sugar Hill Gang, like the fact that they are a manufactured band put together by a producer. The fact that they are considered a ‘One Hit Wonder’. True, they had some minor success with songs like ‘Apache’ (One of my favorites actually…) I first heard that song on The Fresh Prince Of Bel-Air series and I fell in love instantly.

But ‘Rapper’s Delight’ made in its own way its contribution to a culture that from that moment on never stopped growing. You may or may not know that they recently teamed up with BoB Sinclar and that is probably the reason why they are back on the road again. Good for them! I mean, they probably have grandchildren about now.

Now, as you may see, I’ve clearly succeeded in my quest. Was it easy, I hear you ask? Now let me put it down for you: NO! This is the story.

For some strange reason I was feeling very tired lately, various reasons which I will go deeper into in next blog stories. The Sugar Hill Gang was booked at the 7 Year Culture Club party in Ghent. I have been a loyal customer to that club from the very beginning and because of that I happen to know the manager a bit. So, for the first time I could arrange a backstage pass and not worry if I would succeed or not. Little did I know.

I was relieved to have a backstage pass. It made me relax and me and Jules could actually enjoy a concert for once, instead of hustling. It’s a state of mind as well, you’re less sharp or on-point than you should be. And for once, it felt good, considering all the failures and disappointments we had behind us, that for once, we would have the results anyhow. It felt good, to sit back, enjoy and relax. Again. Little did we know.

The first bad sign was at the entrance of the venue. We were on the guest list, but for some reason, there were no more official backstage-passes. Jules and I looked at each other. “Oh well”, I assured her, “I’ll probably see the manager anyway, so he can take us backstage himself.” I didn’t want to make a fuss about it, considering I knew the manager would be walking around in the area, so I figured everything would turn out just fine. At that time, I should have smelled the coffee and woken up. But I didn’t.

I checked my phone. Still no response from the manager to my text message. On stage The Sugar Hill Gang was inviting people to come up stage and battle against each other. The atmosphere was friendly and everybody was having fun. I, however, was feeling more and more tired and I started to get worried. The concert was almost done, and still no sign of the manager.

All of sudden I see him standing on the left side of the stage. I yelled at Jules to come with me and I struggled to get through all the people. By the time I arrived at the left side of the stage, he was gone. Jules looked at me, questioning my sanity. I assured her that I really saw him standing there and I looked around, hoping he was just standing behind me or something. He was nowhere to be seen.

The Sugar Hill Gang were saying their ‘goodbyes & thank yous’ and slowly left the stage. I started to panic. The whole venue was dark and the walls were black, and I didn’t want to take any risks on snapping dark Polaroids. It fysically hurt to watch them pass us by. I checked my cellphone again. There was a message from the manager saying: ‘Wait 5 minutes at the left side of the stage, I’ll come and take you backstage asap.’

OK. We could breath again. We watched the threesome as they entered the backstage door. I noticed some girls going in and out without passes. You know the type. Hot stunning model look-alikes. Minutes were ticking away and we already past the number of 5. Still no sign of the manager. I could not believe it. It was 02h00, I felt like the living dead, did not have a drop of alcohol in my body on a Thursday night (the start of a long w-end!) with no preparation whàtsoever to get in backstage and quite frankly missing the energy as well.

Suddenly the backstage door opened. ‘Halleluja, there is God’, I thought, when I recognized the man by the door. He wasn’t a friend or something, he was just somebody you often bump into, because you happen to go to the same places. Someone you say hi to, but don’t really make conversation with. I remembered him just being very into my friend as well…

Relieved, I approached him, told him that I was on the guestlist but unfortunately for some reason there were no backstage passes anymore. But that aside, I was 100% authorized to get in backstage, he could even verify that with the manager if he wanted to. You think that this would be sufficient, no? You think that would be enough to let me in, right? Considering I’m not the type to get backstage for no reason other than a very good and legit one. Right?

Yeah Right. The guy looked at me stone cold. For some reason, he just didn’t care and was more than happy to make me aware of that feeling. “I’m very sorry, there is nothing I can do, no pass, no entrance.” I was shocked! Ok. He was doing his job. I get that. I repeated all of the above. again. While I was doing that, a bunch of guys entered the backstage while filming Bob Sinclar who was close to the door and waiting to get on stage. The guy that ‘was doing his job’ refused me again and while I pointed out why he let the 5 guys in, and not me, he shut the door.

Man. I can’t explain what happened but I felt my alter ego bursting out of my veins. Most of the time I am very nice. Most of the time I can take a punch or two. Most of the time I will turn the other cheek. But, sometimes, just sometimes, I can turn into pure green venom. I felt the bitch rising and there was nothing I could do about it. Jules tried to calm me down. I was so mad, I was actually stomping my feet like a little girl. I yelled that I was not planning on going home without results, especially not when for the first time I actually HAD a backstage pass, I just could not USE it.

Because of all the huss and the fuss at the door, we did not go unnoticed by the security. Since there was nothing else to do, they decided to focus on me. That resulted in me getting kicked out of the backstage once. Me entering the backstage via the VIP-area where I got kicked out as well. A tall guy that looked like the manager’s brother probably decided I was a menace of society and just walked behind, next or in front of me. I even yelled at the dude that it was fine, he could show off his huge bodyguard talent another night.

I’m telling you. I was furious. Jules looked at me. I knew it was useless. We drew so much attention to ourselves that we would never be able to sneak in anymore. I was standing against the wall, exhausted, defeated and extremely pissed. The door opened. I looked up. Maybe my luck would change? The guy that ‘was doing his job and suddenly did not know me because of that job’ just walked by and didn’t even bother looking at me.

That was it. I gave up. I told Jules I needed a drink. An hour passed by, so The Sugar Hill Gang probably left the building anyway. While I was heading to the bar, craving for a doubble shot of dark rhum to calm me down, I bumped into the manager. He looked at me and I think he quickly felt my state of mind. You know, eyes, thunder, lightning? “Hà”, I told him, “there you are!” He didn’t hesitate long, and said: ‘Come, I’ll take you backstage.’ I followed him, still furious and mad, and when he opened the door I immediately noticed the guy that didn’t let me in. He looked at me with big eyes, while he stumbled: “I was only doing my job.”And for the first time in my life, (I was so MAD) I pulled the ‘talk to the hand because the face is NOT listening’ on him.

Now let me tell you something about ‘doing his job’. If he was a real professional, he would have checked with his walky talky – microphone system if I really had the authorisation to go backstage. I can understand that you have to draw a line, but in my job, I have always learned that a double check doesn’t hurt nobody and might even save your ass. It didn’t even cross his mind. I rest my case.

There I was, pissed as hell in the backstage with The Sugar Hill Gang looking at me and Jules funny, because I must say, it was quite an entrance. Jules and I immediately got to work. Since the anger-adrenaline was still pumping through my vains, I let Jules do the talking. If I get mad, I start trembling, stuttering, shaking, so trying to communicate with people is just not such a good idea at that time.

Because of that, I honestly have no idea anymore what happened backstage. It’s all blurry to me. That’s what happens when I get mad. I just lose all sense of realness. So I let the pictures do the talking. 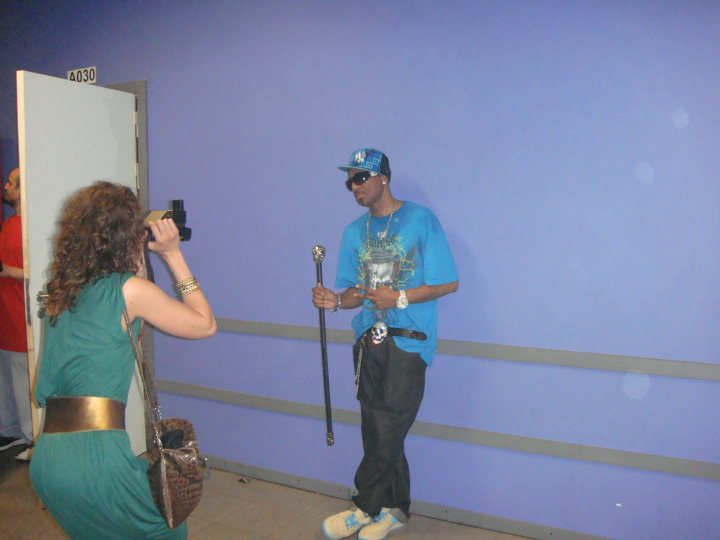 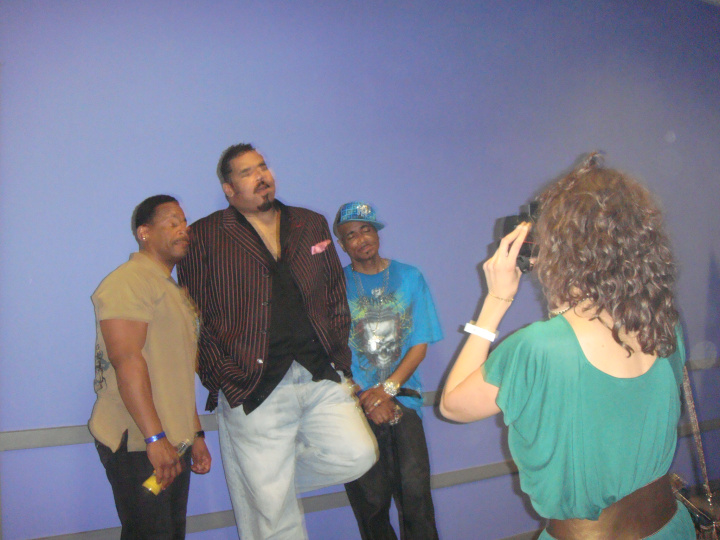 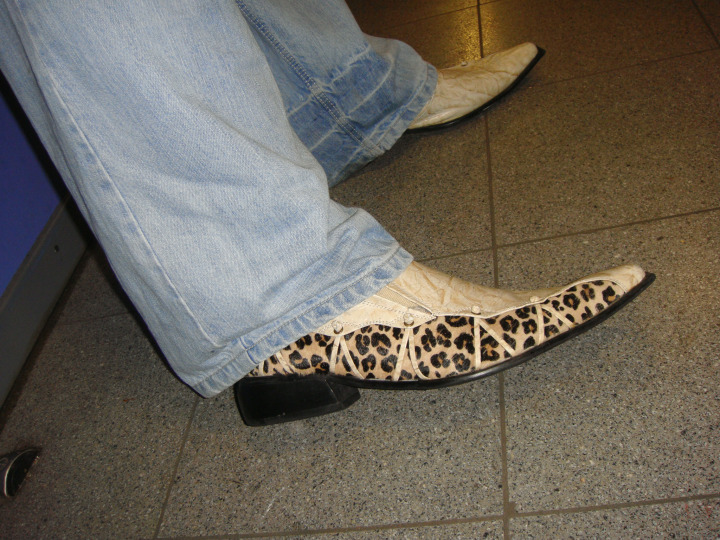 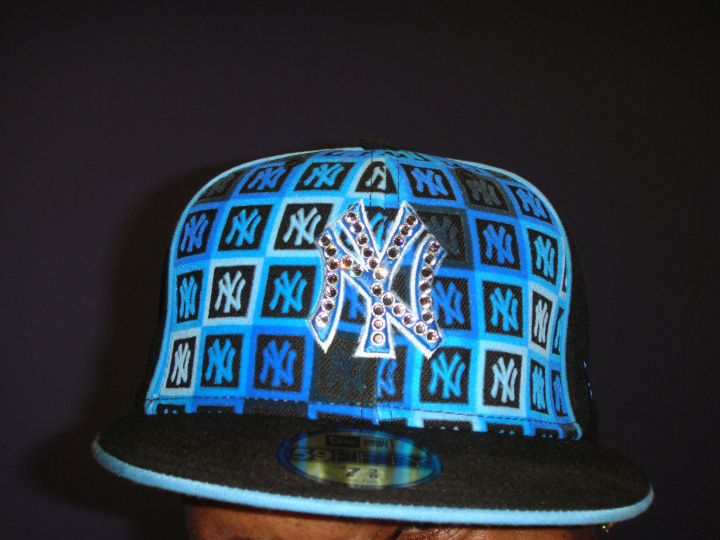 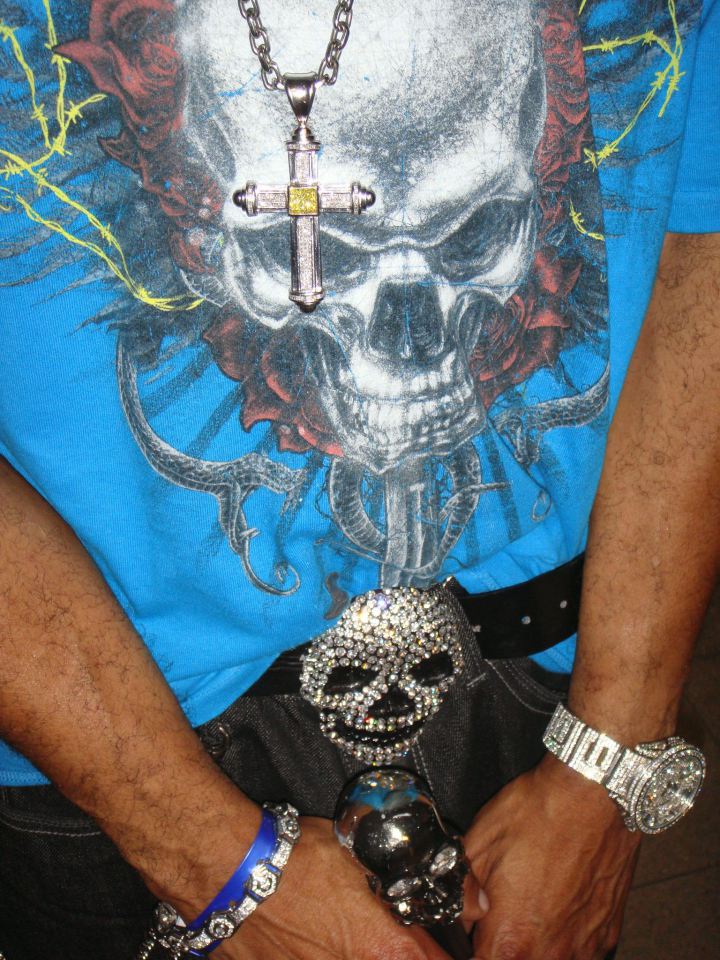 When I left backstage, it was 04h00 and both me and Jules were sober like a nun on Monday morning. We went straight to the bar. For the first time, this project wasn’t fun anymore. I realised I took it very seriously. I realised, it was something from the heart.