Posted by Elisabeth Ouni on May 18, 2010 in Stories, Uncategorized | No Comments 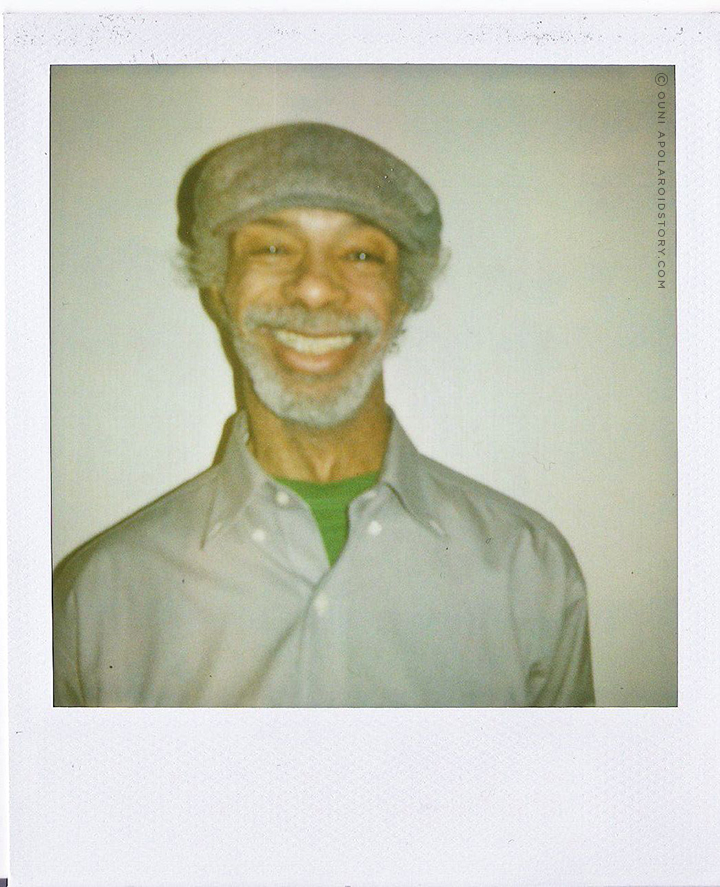 Damn. How can I introduce this man in the best way he deserves? “Behold, and look upon the face of god.”… might be a little too much, I guess.

Of course GIL SCOTT-HERON is not the réal god, and I doubt he even considers himself that, but the man also known as ‘the godfather of rap’ has proven since many years now to be divine in some way or another. Honestly, I don’t think I can properly introduce this pioneer poet, because I’m sure a lot of you probably know more about him than I do but for the young readers amongst you let me be so kind to do a short and modest one…?

Gil Scott-Heron is known to be an American spoken word jazz-poet, a musician often called the founder of (political) rap and is known to be a major influence for modern-day rap and hiphop artists. Others refer to him as ‘the black Bob Dylan’. He made music in the uncertain times of the 70’s and was never afraid to speak out his impressions of the different sorts of worrying events that overruled that period such as political scandals, racial issues, mass consumerism, drugs and poverty, just to name a few.

With his raw and warm baritone voice he made everyone actually listen to what he had to say and made iconic songs like The Revolution Will Not Be Televised, The Bottle, We Almost Lost Detroit, Angel Dust and many more. Chuck D from Public Enemy once said Gil Scott-Heron is like CNN for black neighborhoods. However, his life got infected by his well-known drug addiction and because of that, jail was sometimes not far away causing a long absence and people questioning if he would ever come back.

After 15 years, the man resurfaced with a new album called I’M NEW HERE, released by XL recordings, the same label that houses artists like Vampire Weekend, M.I.A, The XX, Thom Yorke and more. Surprising label for a surprising comeback? For his longtime older fans this last album is far away from his traditional work with people like Damon Albarn, Nas, Chris Cunningham and Kanye West working on it but then again it makes a new generation aware of who Gill Scott-Heron is and what he stood for not so very long ago. Some like it. Some don’t. Some see it as a quick pension cash-out, others see it at as experimental and daring. It’s a knife that cuts both sides I guess, but no doubt, people TALK about it, and that is maybe the most important…

Whether you like the album or not, for me, it was the perfect excuse to actually see the man play and hear live. The man jumped on train 6, so you better grab an opportunity to see him perform. The first song that I ever heard by Gill Scott-Heron was The Bottle, very appropriate I must say while working in a bar called Lafayette in Ostend. I heard it, loved it, and it stayed with me. The notorious boss of that bar  (also my former boss for quite some year) is a huge fan and he told me about an album cover hìs father Ronnie Velghe (artwork design) and a friend Daniel Dekievit (photography) made for a Gill Scott Heron album. His explanation: “There’s a butterfly and a flower and together they look like a bird.” 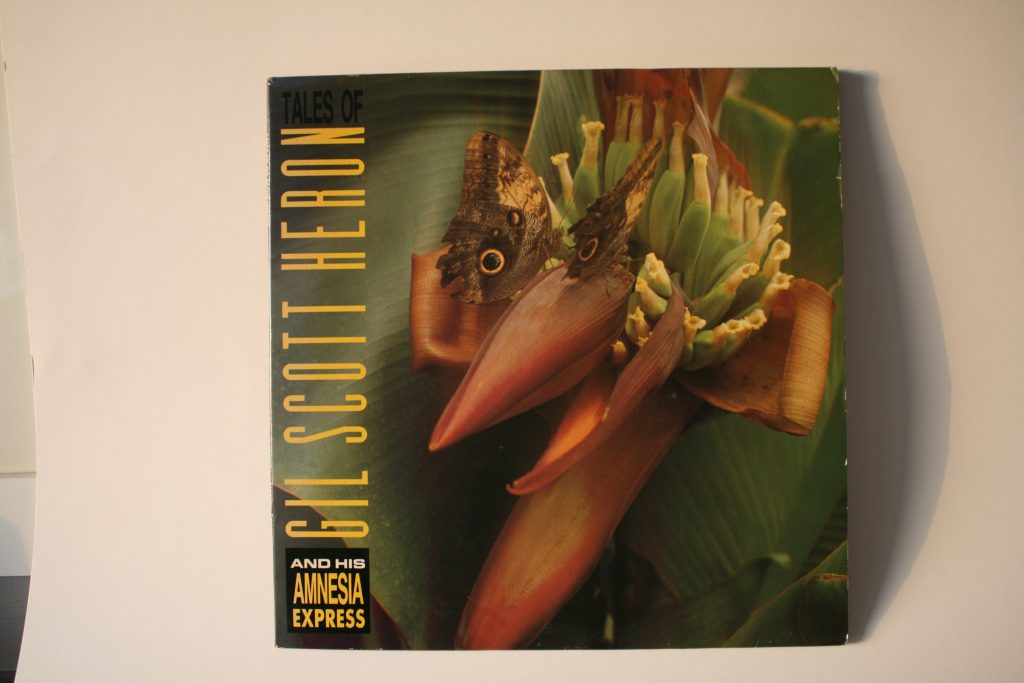 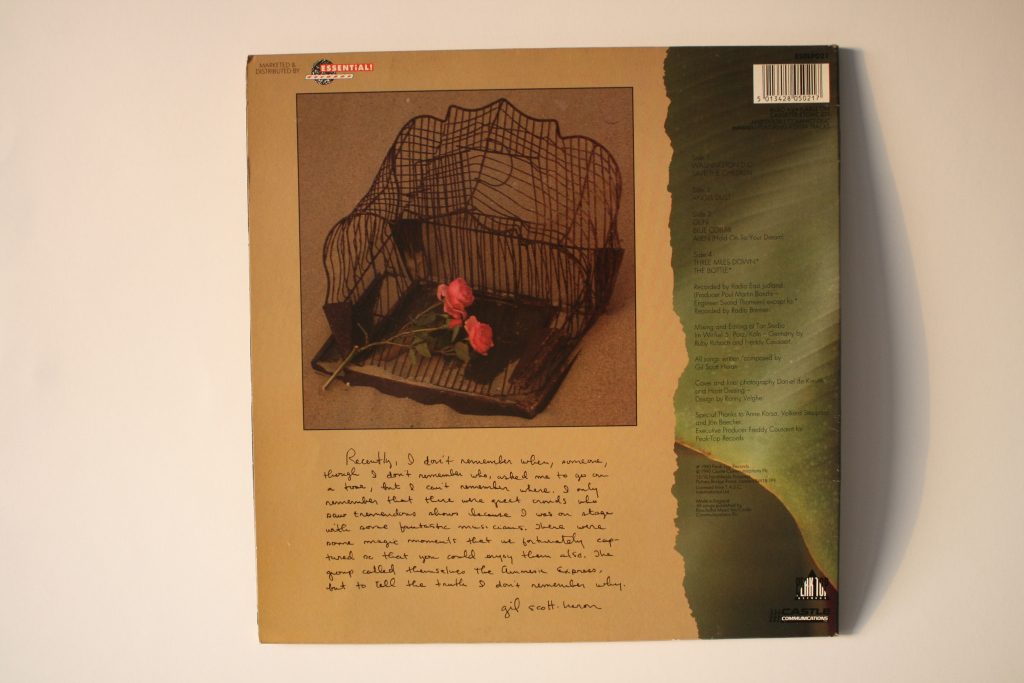 There. Another exquisite Ostend music connection you might not have been expecting. (words of a proud citizen) So, sure, I wanted a Polaroid of the man, but I was having serious doubts if that was even possible and I didn’t pinpoint myself too much on that idea, especially since just the day before a friend told me that it probably was not going to happen since it was known that the man is not to fond of ‘press’. Then again… I’m not press.

So there I was, walking in Brussels city heading towards the Les Nuits Botanique festival, heavily armed with my Polaroids. I say PolaroidS since I am running short on film (horror) and I had to take different cams where there was still some old film left on, so I could save up my fresh films.  (It’s crisis for everyone, trust me) I was waiting for my Jules to get back from buying some cigarettes while I saw a man leaving a hotel exit right next to me that looked very much like Gil Scott-Heron…. I was numbed! This could not be possible that the subject I longed for, jùst walked a couple of meters by me, all alone, wandering the streets of Brussels, right before my eyes?

At that time Jules came back and I told her that I thought the man who walked out of this hotel only minutes ago was Gil Scott-Heron. I looked at her and said: “Fuck it, I’m going to see if my instincts are real, I’m going after him.” I asked her to wait with all the stuff I was dragging around, stuffed my Pola in my bag and started to run after him. He was already at the end of the street when I finally caught up with him and saw myself standing next to him waiting for the traffic lights to turn green.

I took my eyes of the streets, looked towards my right shoulder, and looked at him. He noticed me, smiled and then… it was on. I introduced myself, apologising for disturbing him in any possible way and told him I highly respect and love his work. “Thank you very much lady, could you help me by any chance to get me some food….? I am starving and apparently there is nothing in the hotel.” Can you believe this?  That’s ok… ’cause I still can’t. I felt it my personal duty to at least take care of the man, which turned out great, since I knew the area because I worked in Brussels for almost two years. Never in a million years I imagined myself walking in the same street where I used to do my 9 tot 5’s with Gil Scott-Heron.

So while we were walking I asked him if he had been to Belgium before and he replied: “Sure!!, I’ve been in Belgium a couple of times, mostly I’ve been in a town called Ostend, you know that place?” Ok. Now tell me this couldn’t get any better than this?! He pronounced it OEshtend, which sounded both funny as it was more raw. I told him I lived in Ostend and while we were looking for food he told me he recorded some songs in Ostend and hung out a lot with Freddy Cousaert, the man/manager who took Marvin Gaye to Ostend and the same man who mixed, edited and was executive producer of the same album I displayed above! 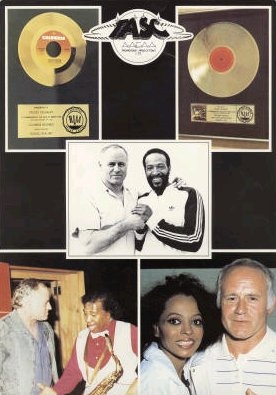 He was surprised I knew about who he was talking about and I told him about my connection to the man. Yes. I am still processing the events written above myself, it’s hard to capture even until this day. Sometimes me living in Ostend all makes sense. So while we were talking, we found out that the only joint that was open in the area was a kebab place, and I asked him if something like regular fries would be ok for him. He said: “Are you kidding? I’m starving, I’m all about regular, so regular is fine by me. Regular is good.” He ordered some fries with ketchup and while we were waiting I grabbed all my courage together and asked him: “Would you mind if I ask you to take a Polaroid picture of you…. I would completely understand if you would not feel like it, but I wanted to at least ask you.” He laughed and said: “Sure Elisabeth, we’ll get you a Polaroid picture, let’s take the picture right before I go back to the hotel and have my snack.” There I was. standing in a kebab joint with a legend, waiting for some Belgian fries with ketchup.

When we arrived in the hotel, I quickly found a nice clean wall and then I experienced one of the coolest moments since I started out this little blog… 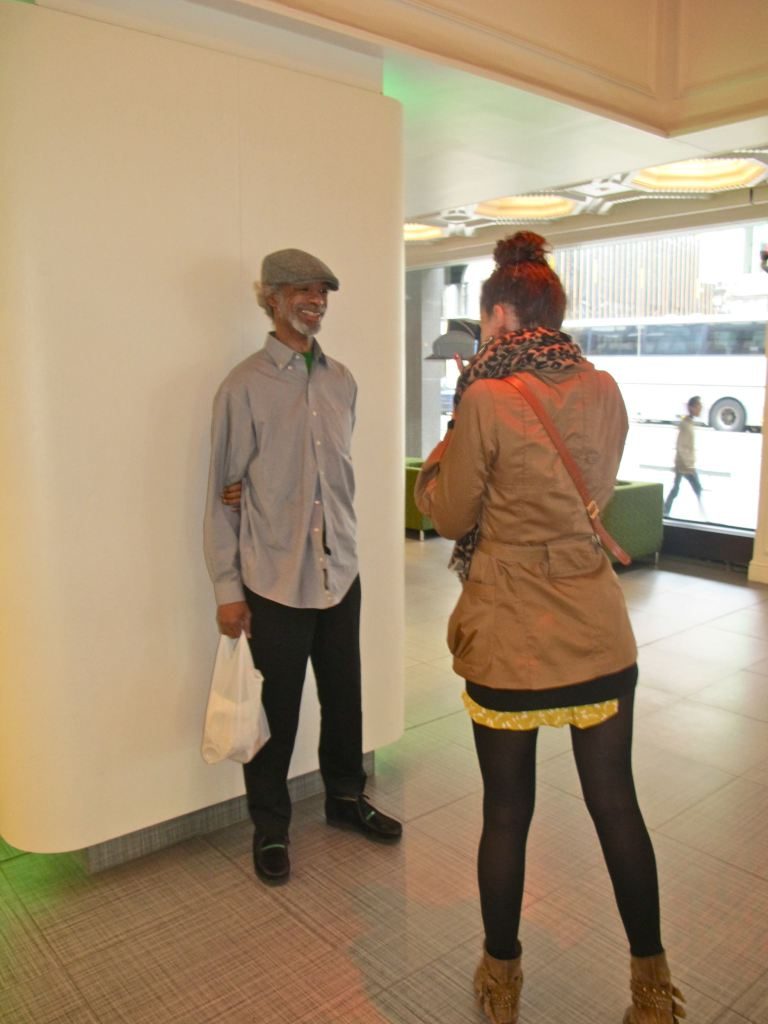 When I took the picture, Gilles noticed Jules, who was taking the ‘exhibits’ with a digital cam and he carefully said: “Nothing against Polaroid or nothing….but…I think this camera probably takes better pictures than yours…” I started laughing, told him he had a certain point and he suggested we take one of me and him together, which of course I was happy to agree on. By that time, I really wanted the man to sit back, relax and enjoy his french fries before they turned cold, so I thanked him a million times for my picture and he thanked me for helping him out. Both happy.

We hugged goodbye and he left to his room. Later that night,  he opened his show in the Brussels Royal Circus venue for Les Nuits Botaniques festival, he was standing alone on stage, welcoming his audience with a little introduction. He talked about him disappearing, the ‘ee-ya-ee-ya-oh’ volcano and joked around a bit when he suddenly said: “I got saved today, by 2 young ladies. One was from OESTEND, and she helped me out finding some food.” …

This is a true story, but I still can’t believe it. The revolution will not be televised, but in a small and humble way,  it has been polarized… I would love to finish for my night riders (or is it readers?) with:

and this one is dedicated for all you lovers out there.