Posted by Elisabeth Ouni on Dec 23, 2012 in Stories, Uncategorized | No Comments 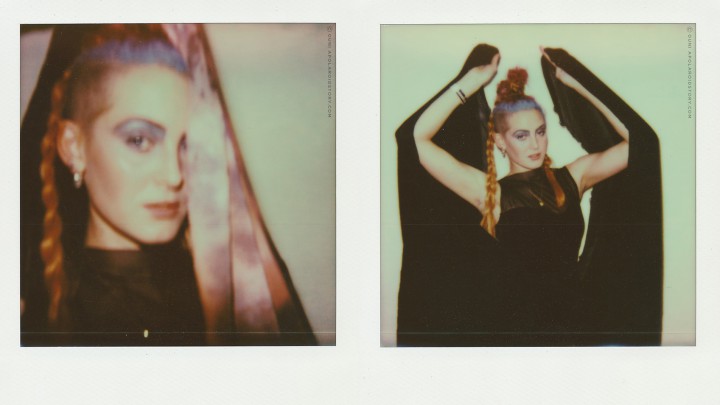 Meet Cata.Pirata, visual artist and frontlady  from SKIP & DIE a new afrofuturistic-tropibass  band on the block ready to give bands like The Antwoord a run for their money.

Am I speaking in tongues? My bad. Let me be so kind to introduce you to Catarina Aimée Dahms, a very interesting lady hailing from South Africa who ended up in all the way in Amsterdam and teamed up with a Dutch producer called Jori Collignon to start SKIP & DIE.

What type of music they make you ask? Hard to pinpoint really. It’s a mix of tropical, rap, kwaito , Afrobeat, dub, all blend into one with English, Afrikaans, Xhosa, Zulu, Spanish and Portuguese lyrics and the occasional sitar popping out from time to time.

The band released their first album RIOTS IN THE JUNGLE last October after an interesting journey through South Africa with stops through Soweto, Johannesburg and Cape Town where they worked with different local musicians. (marimbo players, kwaito rappers,ao.)  A year later, after chopping everything up in Amsterdam,  RIOTS IN THE JUNGLE, distributed by (Belgian) label CRAMMED was a fact. 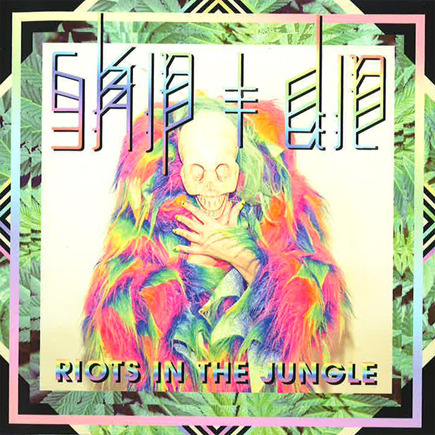 The first single from the album called LOVE JIHAD and the video accompanied (directed by Cata.Pirata) immediately caused a ligit SKIP & DIE buzz.

Love Jihad is a track inspired by an Indian phenomena  called ‘Romeo Jihad’ where  young muslim boys  seduce non-muslims girls with the only motive to convert them Islam. The song is a musical warning to be aware of manipulation from any kind. JUNGLE RIOT is the second single released from the Skip&Die debut album.

While browsing the web, I noticed the band is compared with The Antwoord quite a few times. Perhaps the South African link of Cata Pirata makes people go into that direction, but I don’t think they are like The Antwoord at all. Personally I draw some comparisons between M.I.A and Cata Pirata, since both are visual artists, obviously look like they know really well what they want and make music inspired by different cultures and music genres in the world.

Cata describes herself as a musician, a performance & visual artist, a curator and social activist so it’s bit hard nòt to compare her with that Tamil tiger called Arulpragasam. Although it’s nice to be compared to the bigger stars rising above you,  we can’t be blindsighted by it neither so I’m very curious how Cata and SKIP & DIE will evolve in the future.

Now let me tell you about the story behind the Polaroid real quick.

CONVERSE celebrated the launch of their 5th mixtape not so long ago with a CONVERSE NIGHTS tour through Belgium and Holland. (read all about the CONVERSE MIXTAPE here)

The lovely folks from CONVERSE asked me if I wanted to have an exclusive photo opp with Cata and have a little chat with her since SKIP & DIE was touring with CONVERSE to support the mixtape.

I was very happy to have the honor of doing so since you all know I don’t get my artists offered an a Polaroid platter that often. 🙂

I arrived just on time at the Trix venue to see SKIP & DIE perform and I must say, it was a great first introduction. I can definitely see this band create a serious crowd riot at different festival tents this summer. There is something very uplifting about their music and it comes out great when they perform live plus Cata has a gréat stage presence.

Right after their more than excellent performance at the TRIX venue in Antwerp I had a little one on one with Cata and this is what we talked about…. 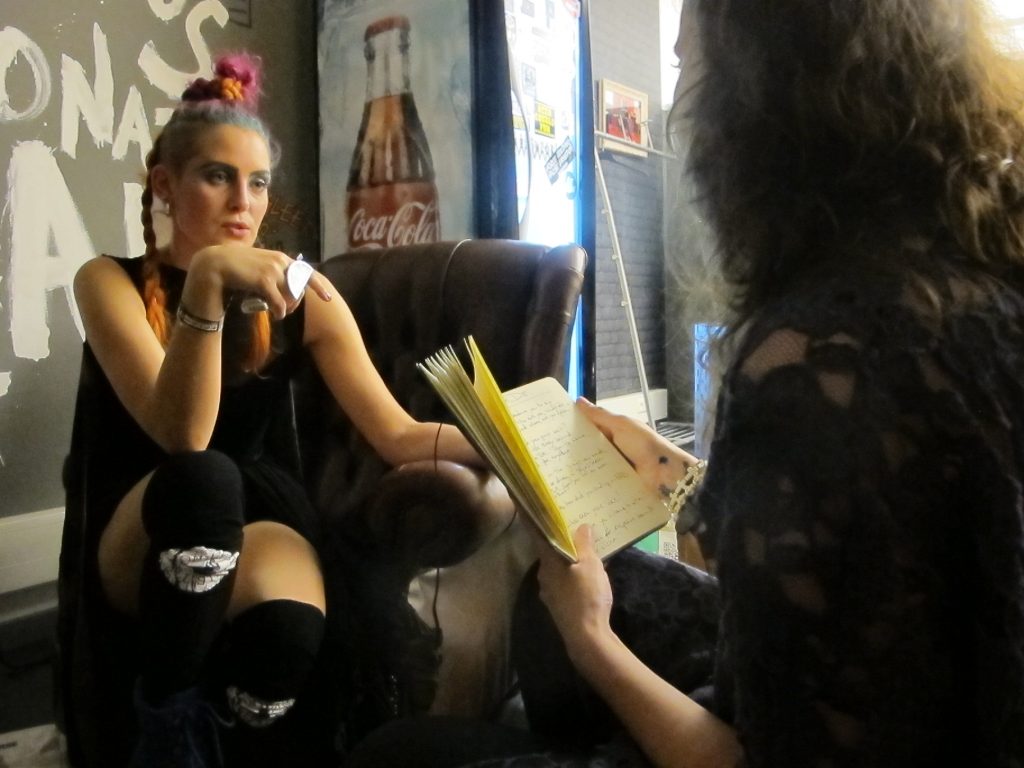 Please introduce you to my readers. Who are you, what do you do and where are you from?

How did you guys meet? What’s the story behind SKIP & DIE? Does the name stand for anything?

Jori Collignon and I started making music together a couple of years ago and our joined forces birthed SKIP&DIE. SKIP&DIE represents the yin and the yang, the extremes of life and death, the personal, the political and the party.

Riots In The Jungle was made after a journey trough South Africa. Can you elaborate on that journey a bit?

Our debut album Riots In The Jungle embodies a bundle of cultures and personal experiences. We met up with a bunch of very diverse South African artists and collaborated with a different artist every day for about 20 days. It then took us another year or so and more travels around the world to finish the album.

How did you end up in Amsterdam?

I didn’t really have a choice in the matter, I moved to The Netherlands with my parents, who were searching for a safer place to live. And later I met everyone in the band there, so it is a great point of departure for our musical endeavors.

Who are your idols?

It differs per day, per moment, per mood. But recently I’ve been listening to a lot of reggae. Chills my mind in hectic times.

How has the response been to the album?

Great responses so far! Especially France has really embraced us and seems to totally understand what we’re about. Let’s hope that this new consciousness spreads the world like wildfire!
How is it to be the only girl in the band? Do you hold your own amongst all those guys?

I have always been ‘one of the guys’, I have a lot of male buddies, so I’m used to it. Everyone in the band has their own role within our pack, so we balance each other out.

If I say Belgium, what 3 words pop up in your head?

After the interview Cata was down to take some Polaroid pictures. We found ourselves a nice white wall and I explained her that I would love to have 2 different expressions or movements. We decided that we would take 3 pictures and I leave on Polaroid with her as gift.  I aimed my camera and….

It took quite some time for those Impossible Polaroid films I used for this feature to come out so while waiting for the results we hung out a bit and I thought that Cata was a super nice chick off the record as well. 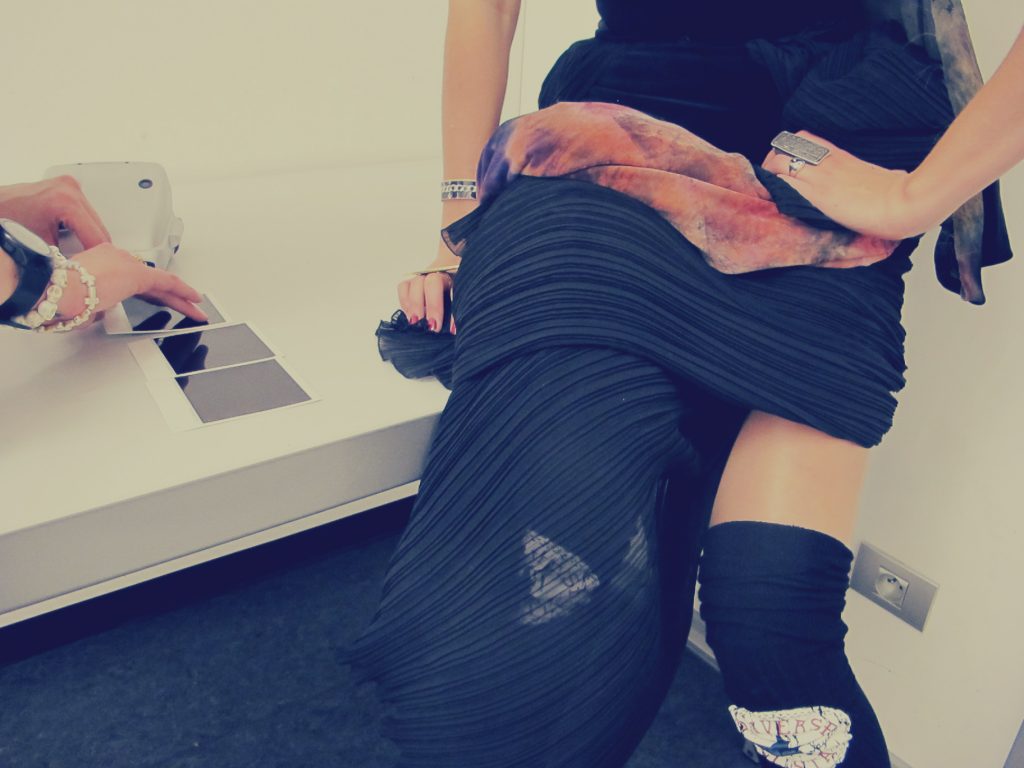 She couldn’t wait much longer for the pictures to come out since she was dying to say hello to some friends who are waiting for her in the venue, so I thanked her for the sit-down and off she went. This is the picture I ended up giving to her. It was so hard choosing between all 3 of them! (The colours in the Polaroid didn’t come out totally when I took this picture) 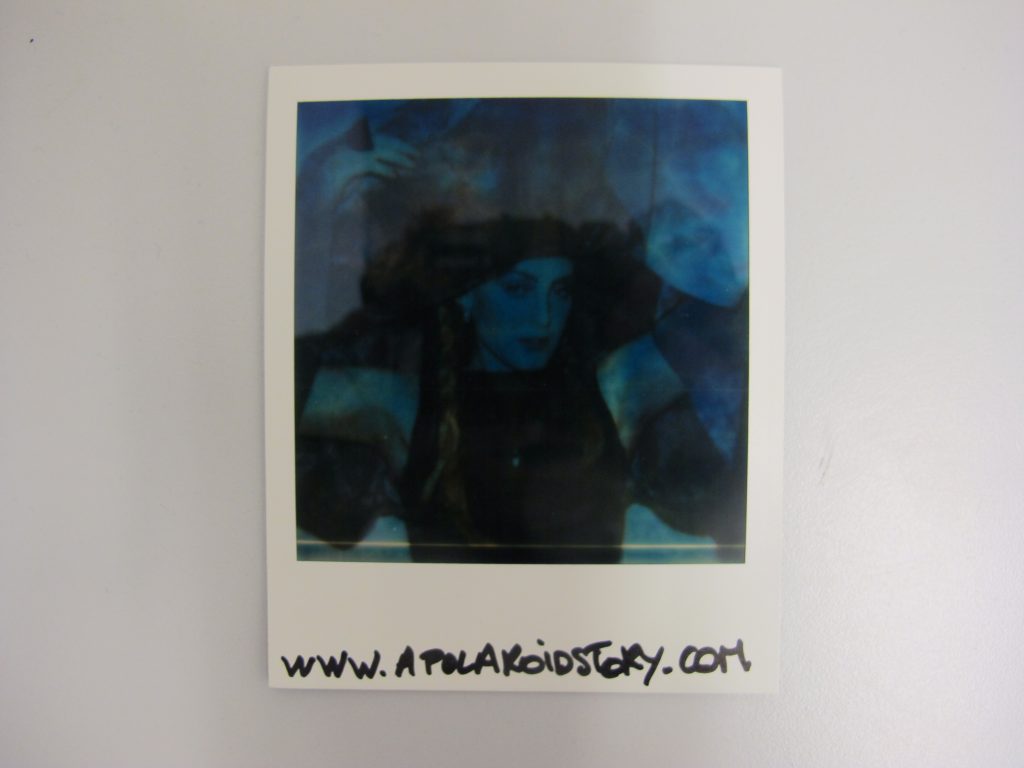 Now, since it’s Christmas and all that crap (no – I’m not a fan) I thought I might participate in the whole show by giving away 3 SKIP & DIE ‘RIOTS IN THE JUNGLE’ albums for all of you who are dying to discover Cata.Pirata and SKIP&DIE after reading this A Polaroid Story feature. The album is a super nice visual treat for your eyes and definitely something you just WANT to have lying around, just because it looks so damn awesome, plus it’s a welcome break that takes you straight to a more tropical atmosphere. 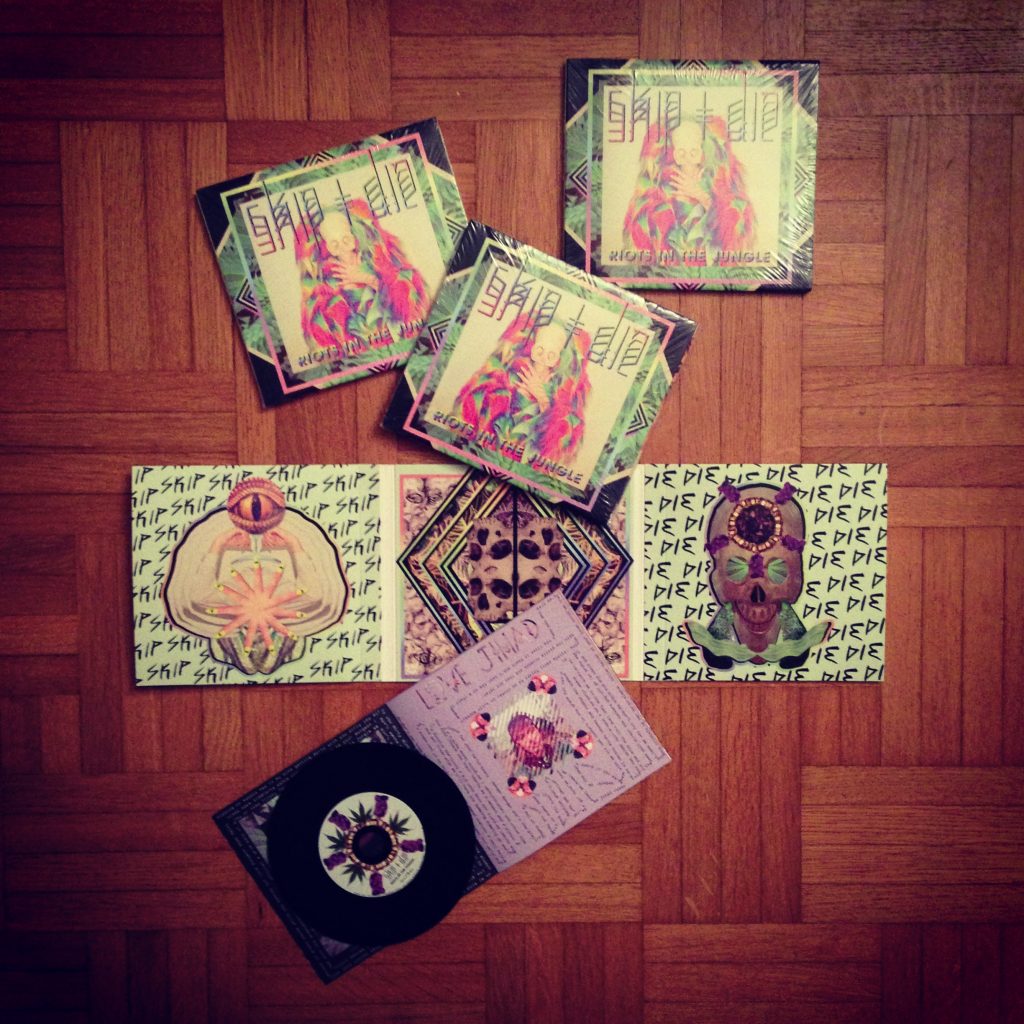 What do you need to do?

Mail me at info@ouni.be with the subject HO HO HO with your name and address showing me you executed all of the instructions here above and OUNI SANTA might drop this album in your mail box. Winners will be announced 30/12.

ps: Special thanks to CONVERSE for this one!