Posted by Elisabeth Ouni on Feb 6, 2017 in Stories | No Comments 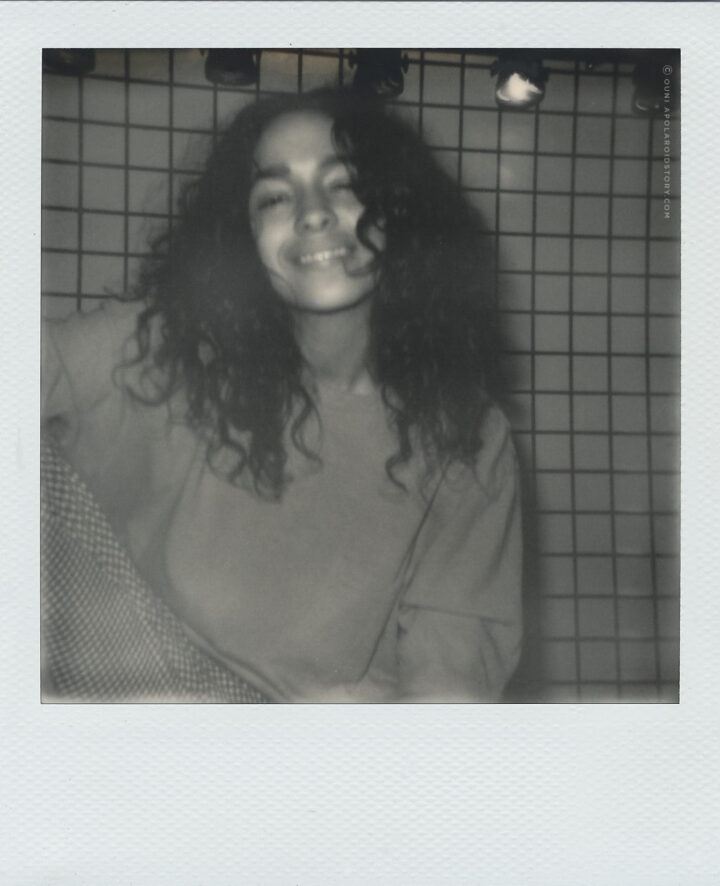 Very happy to introduce you to Destiny Nicole Frasqueri, currently known as the Afro-Nuyorican artist called ‘PRINCESS NOKIA’ hailing from Spanish Harlem, New York. Not familiar with this beautiful breath of fresh air who’s currently making waves in this very male dominated genre called hiphop? Let me be so kind to introduce you real quick.

Growing up with a strong connection to her native African and Latin heritage and sculpted by a challenging childhood, Destiny has been creatively developing herself ever since she came out with her first record titled ‘Destiny‘ in 2010 followed by her debut effort ‘Metallic Butterfly’ in 2014 while introducing herself to the world through eclectic visuals for her ‘Young Girls’ & Nokia singles. Later in 2015, she followed up with ‘HoneySuckle’ a project she initially released under the modest moniker ‘Destiny’. On a production level this project showcased a certain growth in a different direction and was sonically dipped into a soul, blues and jazz sound. This also translated in a softer visual identity, something that is perfectly showcased in her video for ‘Apple Pie’.  After a short retreat from music and heavily inspired by hiphop and pop culture in general, Destiny returned in 2016 with her ‘1992′ project as Princess Nokia releasing different visuals for tracks like ‘Tomboy’, ‘Kitana‘ and ‘Brujas‘.  Her ‘1992’ mixtape is an ode to New York in all it’s glory and ugliness and Destiny’s most successful project to date. Do take the time to go through her very different projects if you have a moment.

Besides the music Destiny is also active with her  ‘Smart Girl Club‘ ; an urban feminist collective she founded with her friend Milah Libin. The club aims to bring women of all shapes and colors together and offers a platform and ‘go-to forum’ to discuss and share different topics like feminism, racism, sexuality, literature, social and cultural oppression, poetry and so much more but also motivates to come together as women from different backgrounds and collaborate together on different projects like concerts, pop-ups and various creative productions in music and fashion.

Although approached by many labels trying to convince her to sign a deal, Destiny consciously makes the choice to remain an independent artist, staying true to both her creative ideas and the cultural background she grew up with while constantly challenging today’s female beauty standards and redefining any box or label the music industry might want to put her in. 2016 was generally considered as a piece of shit year, but for Destiny, 2016 turned out to be a life changing breakthrough where she introduced herself to the world outside of New York,  but also made people aware she is an artist that stands for something. Both in her interviews as in her music Destiny doesn’t shy away of sharing her point of views on many of today’s social, political and racial issues and she does it in a very eloquent, well spoken and honest manner.

Princess Nokia is currently on an European tour promoting her 1992 album, targeting more than 10 different cities.

With Destiny embarking on an European tour  she also made a pit stop at the Beurschouwburg in Brussels, Belgium.  I tried to reach out for an interview/Polaroid moment but it turned out Destiny’s heavy tour schedule didn’t allow any local promo time. The concert was sold out, so I decided to cancel my team and enjoy this concert as a fan and see later on if there might be a Polaroid moment or not. You know, the APS old school way. After her performance Destiny connected with her fans at the merchandise booth where she patiently and kindly went through each and every photo request and personally  connected with her fans all the while selling her tour merchandise. I waited until the very end to approach her, introduced myself and my work and then asked her if she was down for some quick shots, which she kindly agreed to.

As an emerging artist, the music industry is a tough market to find yourself in,  especially in today’s new era of streaming services.  More than ever, having a strong and genuine artist identity is required to rise above a constantly growing and over saturated market with new artists popping up everyday. The vulnerability, honesty and rawness in Destiny’s writing skills combined with her strong outcast identity and unapologetic opinions make Destiny the anomaly in the game right now for me. This girl wears many hats with confidence and pride, so she understandably inspires many different type of girls in many different ways, (yours truly included) however, I haven’t seen a girl with a spirit like hers ever since M.I.A. entered the scene. I would have loved to have an APS sit-down with this modern day bruja and witnessing her instant playfulness and vulnerability in front of my camera I definitely hope to shoot her again some other time, but for now, I’m very proud to have Destiny on this little platform of mine. Here’s to hoping our paths will cross again in the future: “Quisaz, Quisaz, Quisaz…”